The principle of bank overdraft is very simple. Your bank authorizes you to borrow in the short term a maximum amount fixed in advance and invoices you in return for financial interest at a rate also agreed in advance.

The authorized overdraft has no minimum usage, i.e. you can call on it only when you need it – unlike a loan for which the full amount is paid into your account whether you need the full amount immediately or not. 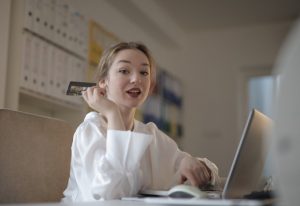 Bank overdraft is one of the means of financing the operating cycle. Its objective is to help you overcome the cash flow mismatches linked to the company’s production cycle.

The overdraft cost is generally made up of a variable part (the base bank rate) to which is added a fixed margin proportional to the risk of the company.

The agreement authorizing the overdraft is generally put in place for a period of 1 year and then reassessed at the end of the year on the basis of the company’s financial statements. However, the bank can cancel the cancellation of the overdraft authorization at any time – with at least 60 days notice.

The operation of the overdraft facility is similar to the bank overdraft in the sense that it must have been authorized in advance by the bank and can only be used within the limit of a ceiling defined in the agreement.

The difference with the bank overdraft is that the overdraft facility is generally not usable for more than 15 days per month. That is, your account must be in credit at least half the time.

Taking into account its limit of use in the month, the overdraft facility is more suited to deal with exceptional cash lags than as a means of permanent WCR financing .

Like the authorized overdraft, the overdraft facility is generally set up for a period of 1 year and reassessed at the end of each financial year. And again the bank can cancel the authorization at any time with 60 days notice.

An essential element for any entrepreneur, the business plan of your business simply allows you to organize your project to know where you are going. You will refer to it regularly during your first years of exercise, keep it carefully.

The business plan is also essential if you plan to take out a loan or to bring one or more investors into the capital of your company.

Write down the results of your market research

The business plan for your business reflects the results of your market research. It must highlight the existence of a strong demand for the products you sell, a relevant and quantified customer acquisition strategy, as well as an attractive profit potential.

To open a business, you will include the following elements in your business plan:

How to carry out the business plan for my store?

Your concept emerges in detail? It’s time to put together your business plan.

For this, a good way to simplify your life is to use an online business plan software because this will allow you in particular:

That’s it for this time, we hope you found this article useful and that our tips will help you start a successful business.